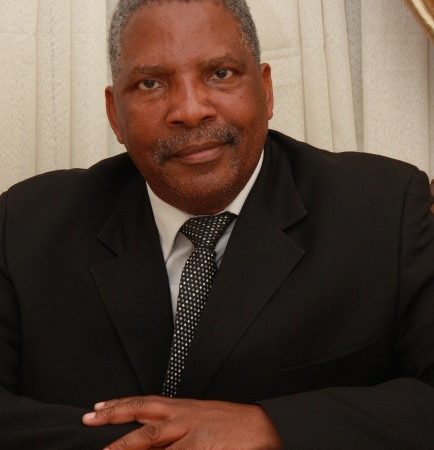 Dr.  Balanganani Samson Makhado grew up under the poverty line. For the first five years of his primary education he went to school under a tree. But he managed to maneuver through the apartheid Bantu educational system of South Africa to the country’s present freedom. Above all he also went from spiritual bondage to spiritual freedom. Samson has been active in education in South Africa and around the world for 49 years.

He was born in the northern part of South Africa. Samson Makhado was chosen and trained to be the community medicine man (witch doctor). However, the year of his inauguration, Samson accepted the Lord as his personal Saviour. He found the training as a medicine man valuable. It prepared him for his work in Africa. As a result of his training, he understands the difference between an animistic and a Biblical worldview.

From 1971 to 1990, Dr. Makhado taught in public schools. He served as a teacher, vice principal and principal. In 1986 he was the co-founder of Tshikevha Christian School. Subsequently he left public education in 1990 to take up the position of principal at the school he had founded.

In 2001, the Association of Christian Schools International (ACSI) appointed Samson as Associate Director. He became the South Africa Regional Director in 2003. After that he was promoted to the position of ACSI Southern Africa Regional Director in 2005. Another promotion in 2007 saw Dr. Makhado become the ACSI Director, Africa.  Subsequently ACSI Headquarters honoured him with the position of ACSI Africa Director emeritus in 2016.

Samson serves as the South African coordinator and lecturer for the National Institute for Christian Education in Australia. He also served as a part-time lecturer in education at the University of Venda. Samson was a school change facilitator at the University of Witwatersrand. He has given guest lectures at the Departments of Education at the following institutes: Dort College, Trinity College and Calvin College as well as Trinity Western University in Canada. He further has presented academic papers at conferences and various institutions around the world.

Dr. Makhado was elected and served for three periods as the chairperson of the Independent Schools in Limpopo Province. He also served as chairperson for the National Alliance of Independent Schools in South Africa (NAISA) for two terms. Meanwhile he is serving on different boards and councils, including the South Africa Bible League and the University of Johannesburg Student Fund Council.

Samson holds a Bachelor of Arts and Honour degrees from the University of South Africa. He also holds a Masters in World View Studies from the Institute of Christian Studies in Toronto Canada. In addition he holds a Ph.D. in Curriculum Development from the University of Venda. His doctoral work was based on using education as an instrument for forgiveness and reconciliation. Samson further holds a Doctor of Letters honors cause from the Institute for Christian Studies (Toronto, Canada). This is in recognition for his leadership and contribution in Christian education in Africa and beyond.

Samson Makhado has been married to Mavis for 49 years and has six living children: Rudzani, the late Moses, Vhahangwele, Phumudzo, Gumani, Munyadziwa and Mbavhalelo.  Dr. Makhado also serves as an ecumenical affairs secretary for the Reformed Church in South Africa. In his spare time, he enjoys traveling and watching rugby, cricket and soccer.

Dr. Makhado moves around the continent of Africa and around the world bringing a powerful message of hope, justice, mercy and forgiveness from ACSI Africa office in Africa.