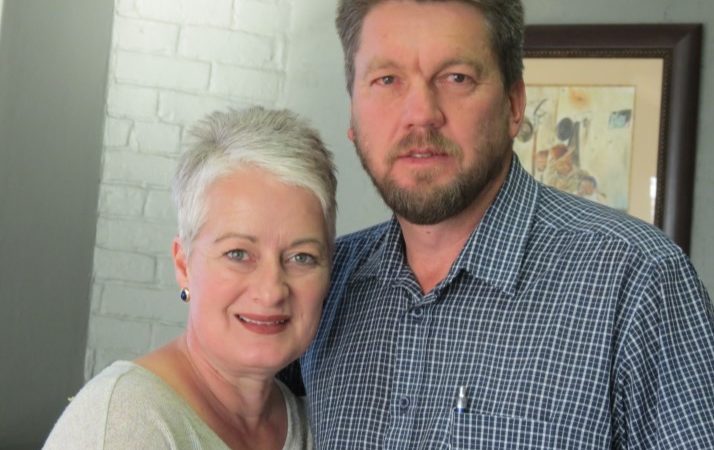 Cobus Sipsma was born in Pietermaritzburg, KwaZulu Natal. He grew up however, in Brits, in the North West Province of South Africa. He grew up in a house where his parents loved the Lord. They always desired to serve Him in a real way. Being both teachers, the old education system in South Africa was a challenge to his parents. His dad especially sought a way to serve the Lord in the classroom. He certainly wanted to do it without the restriction of the political agenda of the day.

This led them to meet with friends that had joined the Skeerpoort Christian School. It was the fourth ACE school that started in South Africa. The school opened in 1984. As a Gr. 9-student Cobus, his mother and his younger sister subsequently joined the school in July 1986. This is where his journey with Christian Education started.

Cobus completed high school at Skeerpoort Christian School in 1989. In 1991 he went to Hatfield Bible College in Pretoria, where he studied Theology. There he also met his wife. Cobus and Friedel subsequently married in 1993 and have 4 wonderful children and a beautiful son- and daughter-in-law.

In the beginning of 1995, Cobus Sipsma joined his parents in starting Rabboni Christian School. He still serves there as Director and Chairperson to this day.

The Lord called him with the Scripture in Isaiah 58:12. This states that we must rebuild the ruins of many generations. We must also repair the breach and restore the highways to dwell in.

Out of this the desire has grown in his life to see His Kingdom come so clearly in education.

Since the start of Rabboni in 1995, there were always teachers furthering their education through various training providers. The challenge has been that none of the providers were Christian. They also do not teach from a Biblical worldview with a Christ-centred approach. Rabboni is a member of of ACSI, Association of Christian Schools International. The teachers attended conferences and workshops addressing these aspects.

Cobus has always believed that he is called to basic education and others are called to higher education. However, over the last 23 years it has become clear that there is a great need in SA for a proper Christian Teacher Training Institute. This institute must provide a Christ-centred, Bible-based Education degree.

After much searching and inquiring of different institutions the Lord made it clear to him that they would need to do this on their own. Thus in February 2018 at the ACSI African Roundtable, a few of them sat together and developed the dream of SAHCET, the Southern Africa Higher Education Trust. The purpose was to start a Christian Teacher Training Institute that would develop six other faculties over time. The operational name then developed over the last year to The King’s Institute.

Cobus Sipsma’s desire is to see the Kingdom of God light up higher education and to provide Christian Schools with quality, Christ-centred, Biblically sound teachers and the market place with real life changers and quality young sons and daughters of God.