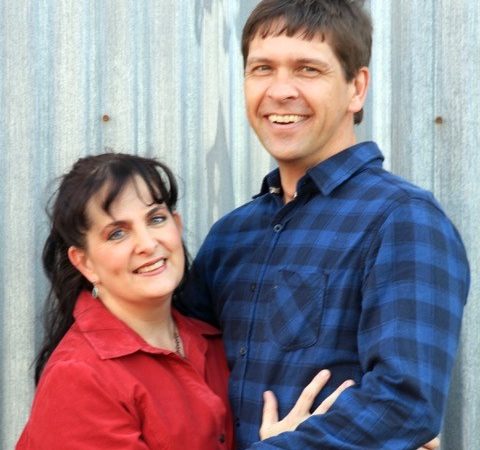 Asher Strauss grew up in Heidelberg, Gauteng. He matriculated from Hoër Volkskool Heidelberg in 1987. Asher accepted the Lord Jesus Christ as Lord and Saviour in 1989. He felt the call to study Theology and completed BA Admission in 1992 from the then RAU. His majors were Biblical Studies and Hebrew.

Subsequently Asher followed this up by attending Rhema Bible Training Centre in 1993 and 1994. He also completed a certificate in Marketing Management at Damelin.

In 2003 Asher and Deirdré stepped out in faith to start their own retail outlet. They sold books and stationery in a little town called Mookgophong (Naboomspruit). In 2004 he joined Struik Christian Media in the position of National Sales Manager for a period of 15 months. At the end of 2005 he returned to their business in Mookgophong (Naboomspruit). They also opened a second outlet in Mokopane (Potgietersrus), 50 km to the north.

At the beginning of 2021 Asher joined Rabboni Christian School in Brits as Administrator/Business Manager.

Asher and Deirdré feel strongly about Christian education. They believe it is parents’ responsibility before God for their children’s education. Deirdré is a qualified teacher. They homeschooled their children for most of the time although all the children had the opportunity to attend public schools as well. They believe that God has gifted every child to fulfill a specific role in establishing God’s Kingdom on earth and brought all their children up with this mindset.

Asher and Deirdré further believe that any qualification people get should be from the perspective of Matt 6:33 “So above all, constantly seek God’s kingdom and his righteousness, then all these less important things will be given to you abundantly” (The Passion Translation).

Asher is currently furthering his studies. He is busy with an MBA in Educational Leadership and Management at Apsley Business School in London.

Asher Strauss is the director of administration and finance at The King’s Institute.